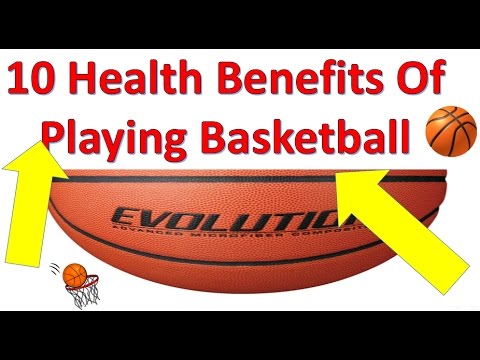 Even though it’s the best on the planet, an excellent case can be made for the existence of weaknesses in America’s health care system. When everyone from potentates Health Tips For Everyday Life to average Joes still travel to the U.S. for state of the art treatment, we must be doing something very right, which is not to say the system is flawless.
It’s expensive, overloaded with paperwork and fraught with serious issues but few sick people go out of their way to go to places such as Great Britain to seek treatment in that country’s bankrupt, socialistic National Health Service, the Obamacare model.
It was those issues, a cooperative press, and majorities in both houses of congress that enabled Democrats to ramrod a basically dishonest, 2309 page monstrosity which no legislators read and which the majority of Americans opposed through to law.
The fact that federal employees, including those same congresspersons who voted in favor of it, kept their existing and generous medical plan, their Federal Employees Health Benefits Program, and were exempted from Obamacare is perhaps the most telling factor indicative of how farcical the “Patient Protection and Affordable Health Care Act” truly is. The PPAHCA was deemed good enough for the rabble, the hoi polloi, but the very people who brought us Obamacare wanted no part of it.
Its most glaring omission, tort reform, is testimony both to the plethora of lawyers Why The Fda Should Not Regulate Supplements in congress and the act’s lack of serious interest in controlling costs.
One of the prime arguments used to foist Obamacare on the public was the sensitive issue of pre-existing medical conditions and how to cover, and pay, for them: Insurers don’t want to cover them and the public is not inclined to shoulder what could be the astronomical costs of paying for them.
After the House passed a bill to repeal Obamacare, as Republicans had promised, and Senate Majority Leader Harry Reid vowed to block even a senate vote on the measure, Health and Human Services Secretary Kathleen Sebellius jumped into the fray to pound home the administration line on the invaluability of the existing law and the perils associated with repealing or even altering it.
Sebellius’ press release is a perfect example of the administration’s ongoing duplicity with regard to health care.
The HHS announced an in-house report it had conducted, an analysis of PPAHCA, the same week Republicans were due to vote on repeal. Said report unequivocably determined that “up to 129 million non-elderly Americans who have some type of pre-existing health condition would be at risk of losing health insurance or being denied coverage altogether” should Obamacare be scrapped.
The news release also noted that “anywhere from 50 to 129 million (19 to 50 percent) of Americans under age 65 have some type of pre-existing condition,” including high blood pressure and asthma, and that up to 30 percent of people under age 65 who are in fine fettle today “are likely to develop a pre-existing condition over the next eight years.”
How Secretary Sebellius and her HHS came up with those numbers and percentages is left unexplained as is how their crystal ball determined how many younger, healthy individuals would “likely” develop a serious condition over the course of eight, not seven or nine years. Statisticians could, of course, extrapolate some numbers but another question is how anyone can “develop a pre-existing condition.” Since it is currently non-existent, how can it pre-exist?
More significant is the question of how many of those 50-129 million people and how many of those 30% are already and contentedly insured either privately or via employers and pension benefits? The answer to that query, which those same statisticians could have readily calculated, would reveal the HHS-Sebellius numbers to be an irrelevant sham.
However, relevance-and transparent honesty-have never been the hallmarks of Obamians, despite their protestations to the contrary.
The Republican “Pledge to America” offered a plan to “repeal and replace the government takeover of health care with common-sense solutions” and professed a belief that, “Health care should be accessible for all, regardless of pre-existing conditions or past illnesses.” Republicans pledged that, “We will make it illegal for an insurance company to deny coverage to someone with prior coverage on the basis of a pre-existing condition.”
South Carolina Republican Sen. Jim DeMint later supplemented that promise when he said that he doesn’t support a “government mandate forcing insurance companies to cover individuals with pre-existing conditions” which could bankrupt those companies and suggested instead that state high risk pools could cover those individuals:
Covering high risk people may not be comparable to covering high risk drivers but that alternative sure beats imposing socialized medicine on 312 million people for the benefit of a relative few. It also beats the very high risk of destroying our present flawed but basically sound system of health care.

When “ObamaCare” Is Vitiated by the Rightist Supreme Court, What Will Follow?

Wellness programs continue to grow in popularity in corporate America. Most employees enjoy the benefits, especially subsidized and attractive facilities like company fitness centers and classes in topics of interest to them. Organizations offer such …read more …read more

Obamacare, a Hurricane in Health Care

Obamacare is a hurricane in health care? Yep, and I urge you to get prepared now.Hurricanes bring struggles. They result in lots of difficulties for lots of people. Those who prepare in advance always stand …read more