Our Global Water Crisis Is Here and Now 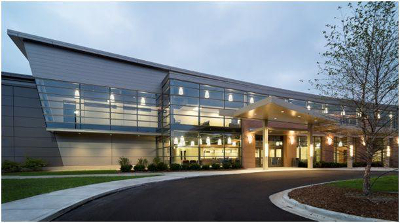 For too many years people have been exploiting the environment, and now that it’s time to take steps to correct all the problems we have created, people are turning a deaf ear. It’s like when the government talks about cuts and everyone says, “That’s a good idea, but don’t cut anything that affects me!” Every year we pour millions of gallons of waste products into our existing fresh water resources and, if we think about it at all, we consider it the “other guy’s” problem. No one seems to comprehend how serious the situation is to everything that is living on this planet. We all need to do what we can to change, and we need to do it now.

The amount of waste that is infiltrating our water is growing proportionately with the increasing population. The Water World Assessment Program estimates that people worldwide dump 2 million tons of waste into our water each day. At least 70% of industrial wastes are drained into the water in developing nations where they don’t yet have anti-pollution precautions and laws in place. Here in the United States, we have a major problem in that agricultural waste products, from such things as fertilizer run-offs and hog confinements, and the wastes we pump into our water are being carried into the lakes, rivers, and oceans. In the 1970s, the United States banned the use of DDT, yet 40 years later, traces of the substance are still being found in our oceans.

We live in a country filled with plenty, and there are those who believe that our water can never run out; however, 20% of the people in the world have no access to clean, safe drinking water. When you hear 20%, do you know how many people are being affected by water shortages? That’s a whopping 1,200 million. The problem is so drastic in some areas that it has become the major cause of death for children under the age of five in some areas of the world, and scientists are saying that within the next few decades this same thing could happen to us unless we initiate measures as soon as possible.

Obviously, we don’t want this to happen to us. Imagine watching your child wither and die of dehydration because they can’t get adequate water to drink, and there’s nothing at all you can do about it. Don’t depend on laws passed by the government to take care of the problem, because that alone can’t begin to conquer the crisis. If we all do our part, together we can make a difference.