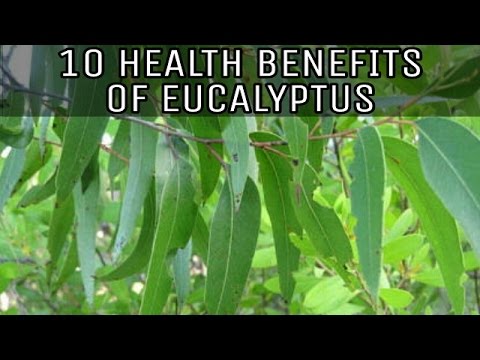 The hit parade of issues facing Americans and politicians in the upcoming November election is more or less a repeat of last year’s issues. The need for change only serves to intensity the mix of problems as Boston Medical Center Pediatrics they influence the lives of millions of Americans. Americans are growing anxious to get the some of the problems fixed, and keeping a wary eye on those that can affect their lives in the immediate future.
Financial issues are at or near the top of the hit parade. Financial issues include unemployment, the housing crisis, the cost of health care, our growing national debt, and, yes, corporate greed. The package of financial issues we face becomes a batch of complex singularities when unbundled.
Unemployment hovered around 9.6 percent in August, 2010, though some areas of the country are still experiencing unemployment rates of 12 percent and higher. It appears as though unemployment and corporate greed have taken a walk in the park together. The exodus of manufacturing to Taiwan, Southeast Asia, China, Mexico, and other low wage countries, all offering dirt cheap labor started years ago and the impact is still felt today. However, some corporations turn their heads to allegations of child abuse, sweatshops, and slave labor in these countries because they are savings millions of dollars by using cheap foreign labor.
A number of financial issues are the result of corporate greed. The health care issues certainly meet the criteria, as ties to corporate voracity are clear. Insurance companies, pharmaceutical Clinical Pharmacy Careers companies, and health care providers alike spent millions of dollars lobbying members of Congress in an effort to keep their revenue stream fat and healthy – their first priority.
Our growing national debt, too, is tied to corporations. The bailouts of 2009 instituted by the Obama administration were tantamount to pouring gasoline on a raging fire. Those corporations receiving the boost only made them less efficient in reality. Instead of bailing out these cash hungry, inefficient organizations the American economy should have decided which survived and which failed as dictated by the dynamics of capitalism. The weak would have perished, yes. But strong corporations with sound fiscal policies would have survived – then again, they wouldn’t have found themselves in financial distress in the first place.
Fuel prices, too, are tied to insatiable corporate greed. The oil companies – BP, Chevron, ConocoPhillips, ExxonMobil, and Shell – announced profits in the first quarter of 2010, profits that far exceeded Wall Street projections. The decision to spend some $154 million lobbying Congress in 2009 proved to be a wise choice for them, but bad for those who have to pony-up and pay for the frequent fuel increases just to keep the avaricious corporate giants fed.
The money spent on bailouts would have better served the American public by investing in youth programs. Instead, youths are, all too often, left to defend for themselves in an American society where casual drug use is spiraling. Drugs are a curse of society and some 21.8 million Americans, or 8.7 percent of the population reported using illegal drugs in 2009, of which 12% are age 12 and older. In particular, substance use and abuse are increasing among women of all backgrounds, regardless of age, socioeconomic status or race.
Drugs have direct ties to underground corporations. They are run like any other business, with the focus on making money. This social disease erodes moral responsibility and threatens every American. The casual stance and insistence on legalizing drug use only serves to invite those with low moral turpitude to experiment with drugs. Once hooked they become more than casual users, they become dependent users willing to do anything to satisfy their habits.
The pundits who critique our society, our world and its politics, the likes of which include, but are certainly not limited to: Lou Dobbs, Wolf Blitzer, Bill O’Reilly, Maureen Dowd, Dr. Phil, Michael Barone, Geraldo Rivera, Eleanor Clift, Fred Barnes, et al, are tied to corporations. Their comments are entwined with diversity, but tuned to the paychecks they receive. They interview super stars, politicians, athletes, financial moguls of Wall Street, and others, yet the fundamental messages of their collective point of view is twisted and misconceived by most Americans.
The headlines include stories on policies, politicians, financial markets, Congress, oil corporations, government, laws, wars, drug usage, mental stability, and a myriad of other problems that are assaulting the moral fiber of our country. But Americans, it seems, have grown complacent. We are tuned into the problems facing our society, but causally ignore them. We listen; but neither hear, nor heed the messages. It’s time for change.
Copyright 2010 Richard Albright LLC

Most of the much needed health information is simply right at the fingertips. You could become a fitness expert yourself if you paid attention to all of this information that comes from late night infomercials, …read more